richelieu ha scritto:
Han Solo: It's the ship that made the Kessel Run in less than twelve parsecs.
I've outrun Imperial starships. Not the local bulk cruisers mind you, I'm talking about the big Corellian ships now. 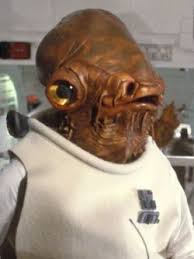 
Eurofighter officials have finally laid out solid groundwork for the Typhoon's partner nations to move forward with an active electronically scanned-array (AESA, or E-Scan) radar and to integrate the MBDA Meteor beyond-visual-range air-to-air missile on the aircraft.

Briefing at Farnborough on 10 July, Eurofighter Chief Executive Officer Enzo Casolini said a request for proposals (RfP) for an E-Scan radar fit for the Typhoon had been issued by the NATO Eurofighter and Tornado Management Agency (NETMA) on behalf of the four Eurofighter nations - Germany, Italy, Spain and the UK - at the beginning of the month.

"The timescale is to answer this [RfP] by October this year and to have an agreement with the nations by the end of the year in order to then allow parliamentary approval, the normal approval process for the nations," said Casolini. "The target is to have a contract by the middle of next year [and] to have an E-Scan entering into service by 2015."

With Meteor integration, meanwhile, Casolini said Eurofighter is "aiming to get into contract by the end of the year".

Laurie Hilditch, Eurofighter's head of test and evaluation and head of future requirements capture, noted the complexity of progressing with a roadmap for the Typhoon AESA fit. "We've been working painstakingly over the last year on the system requirements document [SRD], asking the customers 'What do you want from the radar? What do you want it to do?', and even talking about impacts on the aeroplane," he explained. "So now we've got a four-nation SRD: an understanding of the requirements space across the four nations.

"And at the beginning of the month he [the customer] put all that together and issued us with a request for proposals: 'Dear Eurofighter, and Euroradar, make me a proposal by the end of the year that will meet my SRD.'"

There are currently two parallel efforts underway to provide an AESA solution for the Typhoon. The Euroradar consortium - led by SELEX Galileo and including Cassidian and Indra - is working on a radar it calls Captor-E, while SELEX Galileo is simultaneously working on a technology demonstration programme codenamed 'Bright Adder' under contract to the UK Ministry of Defence (work initiated as a 'Plan B' in case the Eurofighter nations failed to get their AESA act together).

Hilditch said that it will now be Euroradar's task to rationalise these parallel efforts into one proposal. "That's Euroradar's problem," he said. "Euroradar will represent our supplier, and that [Euroradar's ultimate solution] will be folded into our response to the RfP."

Hilditch added that, although the objective is to have an AESA solution for the Typhoon flying by the end of 2013 and entering service in 2015, this will by no means be the final incarnation of the AESA fit.

"With all of the requirements we have in the SRD, there is no way in 2015 that there's going to be a radar that does all of the air-to-surface [tasks required]," he said, adding that capabilities such as synthetic aperture radar and electronic attack, including electronic support measures and jamming, will all be part of the Typhoon AESA roadmap.

Regarding integration of the Meteor missile, Hilditch said: "Our contract says we will integrate the missile as declared by MBDA over a period of years. We've actually built into the contract allowing MBDA to do an update to its DDP - declaration of design and performance - at some stage. The proposal is to have Meteor on board Typhoon by mid-2015.

"We're a long way forward. We've thrashed out the whole thing about performance evaluation, we have got specific SPE - system performance evaluation - built into the contract, built into the firings, where the customer has got specific firings against real targets that are doing real manoeuvres: evasion and various things. Those are built into our overall programme. So that's with the nations now. We'll get that back within the next weeks and, once their comments are 'baked into' the contract, we're going for signing something before the end of the year."


ANALYSIS .....
Eurofighter CEO Enzo Casolini stated on 10 July that the E-Scan RfP was "a big step forward" and puts the Typhoon programme on course "to match the requirements of export customers". While the former may be true, an AESA solution for Typhoon has arguably come too late for the latter. Most notably, the Typhoon has already lost out to the French Dassault Rafale, which will receive a production AESA radar this year, in India's sizeable Medium Multi-Role Combat Aircraft contest.

Robin Southwell, President of UK defence and aerospace trade association ADS, told IHS Jane's in the run-up to Farnborough: "If we'd have said two years ago - one year ago - we're going to do E-Scan radar and then had a technology transfer strategy and we told the Indians 'You will have E-Scan radar', then that would have made a demonstrable difference to our ability to sell Typhoon to India."

Time will tell if this month's AESA RfP will boost Eurofighter's chances of meeting the dwindling number of requirements around the worldwide for new sub-fifth-generation fighters. Taken from the winners of the RAF's annual photo competion, this image shows Eurofighter Typhoon aircraft from RAF Coningsby practicing for the Royal Jubilee celebrations by performing a diamond-nine formation over Lincolnshire.

..... with other sources saying that it has received at least eight aircraft, including four from each of its previously established Eurofighter wings. Austria may try to cancel its $2 billion contract to buy 15 Eurofighter jets from European aerospace group EADS or seek damages if it finds bribes were paid as part of the deal.

“It depends on the results of the Justice Ministry’s investigations. It is a possibility and we should then examine it,” Defence Minister Norbert Darabos told Austrian ORF radio.

German prosecutors believe European aerospace group EADS paid at least 50 million euros ($63.5 million) in bribes to Austrian officials to secure a $2 billion deal for Eurofighter jets, according to a document seen by Reuters.

Authorities in Germany, Austria and Switzerland raided EADS sites earlier this month in connection with investigations into suspected bribery, money-laundering and fraud related to the 2003 deal for 15 jets.

A Eurofighter combat aircraft has released an MBDA Meteor beyond visual-range air-to-air missile for the first time, with the milestone having been achieved over a UK test range on 4 December. The Meteor Beyond Visual Range Air-to-Air Missile has been successfully launched from a Eurofighter Typhoon as part of the Future Enhancements Flight Test Programme.

The missile was eject launched from a rear fuselage missile station, which on Eurofighter Typhoon is semi-conformal for aircraft drag and radar signature reduction. The missile motor was fired, providing data that will allow the missile launch envelope to be expanded.

This builds on an earlier series of flight trials, carried out by ourselves on behalf of the Eurofighter programme, where unpowered missiles were used to demonstrate safe separation on the missile.

This current package of work begins the full integration of the Meteor missile with all Eurofighter Typhoon systems.

The flight trials were conducted with integrated support from QinetiQ and MBDA at a firing range in Aberporth, Wales, UK on the 4th December.

After taking part in the Meteor trials, our Typhoon Test Pilot Steve Long said: “By completing these initial Meteor flight trials, Typhoon has taken a significant leap forward in operational capability. As a fighter pilot, you ultimately want the best possible combination of aircraft and advanced weapons to ensure mission success and to get you home safely. The range and performance of the Meteor weapon goes a long way to achieving this - with confidence. A potent long range missile, coupled with a highly agile aircraft gives us a very potent and very powerful mix.”

Meteor, a beyond visual range air-to-air missile manufactured by MBDA will provide the Eurofighter Typhoon aircraft with the next generation of cutting edge weapons capability. Featuring advanced air breathing motor technology for maximum range and the latest electronics to deliver optimum combat performance, it will ensure that Eurofighter Typhoon remains the world’s most advanced multi role aircraft and will further complement its short and medium range air-to-air missile capabilities.

The integration of the Meteor weapon is a game-changer on the battlefield; adding another layer to Eurofighter Typhoon’s swing-role capabilities and ensuring the pilot is able to engage hostile air threats at long range at the same time as identifying and engaging targets on the ground. 
Typhoon wins in Oman, but where next?

This is going to be a key year for the Eurofighter companies, with a decision also needed from their launch partners on whether Tranche 3B production will take place, to conclude their original combined 620-aircraft requirement.
Given the state of European budgets, that's probably an outside chance at best.


The missile motor was fired, providing data that will allow the missile launch envelope to be expanded.