New variants of the Xian Y-20 strategic transport look set to make their public debut, as the four-engined type assists relief operations related to the Coronavirus outbreak in the city of Wuhan.
In addition to the transport variant, a tanker variant and an airborne early warning (AEW) variant are planned, according to a Global Times report (*) citing Teng Hui, who commands an air force aviation regiment and is a Y-20 pilot. 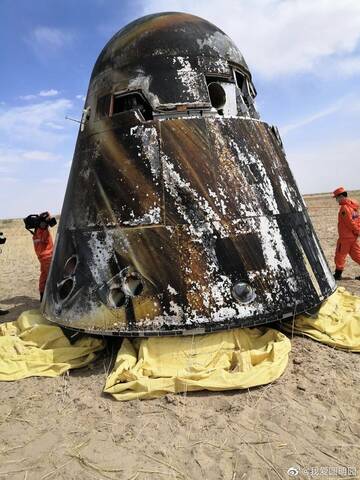 
China will cease using the Russian engine currently fitted on China’s new generation J-20 stealth fighter jet, replacing it with an upgraded home-grown engine.
A military insider told the South China Morning Post Chinese aircraft engineers found their domestically built WS-10C, the modified version of the WS-10 engine, to be as good as the Russian AL-31F engines.
“It’s impossible for China to rely on the Russian engine, because Russia asked China to purchase more Su-35 fighter jets in exchange for the AL-31F engine deals,” the insider, who requested anonymity, said.


A twin-seat variation of China's J-20 stealth fighter jet and a J-20 version equipped with a domestically made engine have been spotted for the first time in official videos recently released by its developer and the People's Liberation Army (PLA) Air Force, only days before the 10th anniversary on Monday of the aircraft's maiden flight.
The twin-seat variation of the J-20 could be used for electronic warfare, command of wingman drones or bombing, and the domestic engine means the J-20 is no longer reliant on Russian engines, analysts said on Sunday.
Depicted by computer-generated imagery, four twin-seat J-20 variations were seen flying in formation in a video released by state-owned Aviation Industry Corp of China (AVIC), the developer of the aircraft, on Friday, in celebration of the 10th anniversary on Monday of the original aircraft's maiden flight.


The Chinese People's Liberation Army (PLA) Air Force for the first time gave a hint on the design of its next-generation, long-range strategic stealth bomber by including it in a scene in the service's 2021 recruitment video released on Tuesday, leading analysts to say that the new bomber, allegedly designated the H-20, could make its public debut soon.
In the closing minute of the video, an unknown aircraft rendered in computer-generated imagery enters the stage.
It is covered in a white blanket and only the front outline can be seen, which suggests that the aircraft boasts a flying wing design with two intakes on the back of the plane.
It has no visible tail wings and no winglets on the tips of the wings.
In the video, the blanket is then removed, giving a view of the aircraft from its left reflected in the goggles of a pilot's helmet.
From this side view, the aircraft seems to be bulky, observers said.


“The J-20 was the first possession of the PLA comparable to the most advanced US equipment.
It was also the first with air superiority that could pose a threat to the Americans,” said military commentator Song Zhongping.
“It was, for sure, shocking news and also inspiring to the Chinese.”
The J-20’s design benchmarked Lockheed Martin’s F-22 Raptor, developed for the US Air Force.
Both are single-seat twin-engined craft of similar length, wingspan and weight.
They also share a flight ceiling of 20km (12.4 miles) and a maximum speed of Mach 2.
Compared to the F-22, which was developed in the 1990s and commissioned in 2005, the J-20 has the advantage of more modern electronic technologies and updated avionics, fire control systems and data command chain systems.
--- --- ---
The J-20 was finalised and commissioned in 2017.
Since then, it has evolved into the modified version J-20B, with thrust vector controls.
Its maker, the state-owned Aviation Industry Corporation of China revealed this month that a twin-seat version was under development.
Debates also continue over whether it should be modified for loading on to aircraft carriers.


What will we see when it appears?
Almost certainly an all-wing or blended-wing-body aircraft, maybe without stealth-degrading vertical surfaces.
It should remind us much of the US Northrop Grumman B-2 bomber, though Trevithick sensibly points out that the H-20’s planform could be simpler (and better) than the B-2’s.
The PLAAF’s rendering of an H-20 under wraps shows no sign of the winglets that appeared in another apparently official hint at the configuration in 2018; that depiction may have been intended to confuse us (but, then again, so could the latest).
The image in the video does, however, show curious pairs of bumps near the tips of each side of the upper wing surface.
Whatever they are, they will degrade stealth - if the H-20 really has them.

... aspistrategist.org.au ... China’s new bomber should be cause for concern for Australia …
.
Top


China’s FC-31 is a twin-engine stealth fighter demonstrator, which includes two iteratively different flying airframes that have been under active flight test since late 2012 and late 2016, respectively.
This aircraft has often incorrectly been dubbed the “J-31” and been given various other names over the years, such as “J-21.”
None of these J-designations remain true to the aircraft’s current state.
It is a self-funded technology demonstrator from Shenyang Aircraft Corporation (SAC) and AVIC rather than a project being actively developed by the People’s Liberation Army (PLA).
Therefore the names “J-31” or “J-21” are incorrect.