The US Air Force’s average funding level in recent years is too little to replace, on a one-for-one basis, aging aircraft with new aircraft in the coming decades.
That’s according to research (*) by the Congressional Budget Office, which notes that costly-to-replace Lockheed Martin F-16C/D and Boeing F-15C/D fighters, F-15E multirole fighters, Lockheed Martin C-130 cargo aircraft, and Rockwell B-1B bombers are nearing the end of their service life.
CBO projects that replacing aircraft in the current fleet would cost an average of $15 billion a year in the 2020s.
That figure would rise to $23 billion in the 2030s and then fall back to $15 billion in the 2040s.


Just two days ago we showcased some beautiful pictures of Marine One creating its own blizzard as it touched down on the White House's snowy lawn.
Now we go from frigid to warm with pictures that showcase American air power in pretty much the exact opposite climate.
B-2 Spirit stealth bombers, which call Whiteman Air Force in Missouri home, are back at Joint Base Pearl Harbor-Hickam, Hawaii to fulfill U.S. Strategic Command's bomber task force power projection mission to the Pacific.
B-2s regularly rotate through the Indo-Pacific region to train with forward-deployed U.S. assets and allies.
They also bring the USAF's hardest-hitting and most coveted combat capability to a tense region.

The Air Force’s National Air and Space Intelligence Center on Wednesday published an overview of the threats Russia and China pose in space, from cyber attacks, electronic jamming, and other anti-satellite weapons to the growing chance assets will collide in orbit.
The 25-page report (*) also touches on Chinese and Russian space exploration and the proliferation of foreign satellite communications, navigation, and launch services.
“Foreign space competitors will pursue new capabilities to access, operate in, and conduct war using the space domain, while working to deny the same to others,” according to the report.
“Development of some space technologies could lead to a misperception of intent, driving countries to adopt a more hostile posture.
Understanding the risks created by emerging technologies is critical to maintaining a peaceful space domain.”


What do deployed troops do after Dining Facility food gets repetitive during deployment?
Watch a how Senior Airman Jordan Smith, a KC-10 In-Flight Refueler deployed from Travis Air Force Base, took it upon himself to make something different for himself and his crew.
Between refueling and other duties and responsibilities, Senior Airman Smith, a native of Port Orange, FL, becomes a popular pizza guy in the sky with his creative culinary efforts. 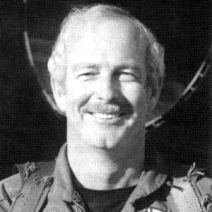 US Air Force Chief of Staff Gen. David Goldfein and Pacific Air Forces Commander Gen. Charles Q. Brown went to Vietnam in August, visiting a place where their fathers fought and served half a century before.
“I realized I was looking at the exact same picture my dad looked at in the cockpit of his F-4,” said Goldfein, recalling his emotions as his plane approached its destination.
“I looked down and saw this big river that was flowing very red with mud and I said, ‘Well, there it is, the Red River Valley,’ as it came into view.”
Brown said his father completed two tours in Vietnam, working special operations intelligence and subsequently as an advisor to a South Vietnamese transportation unit.
“As we flew in, I reflected on my memories of my dad leaving home and at such a young age not fully appreciating he’d gone to war,” Brown said.


While the bulk of the Air Force’s fighter fleet will not meet the directive to increase its mission capable rate to 80 percent, the increased funding and focus on readiness under the effort has identified issues Air Combat Command can address to improve the health of the fleet.
Former Defense Secretary Jim Mattis in October 2018 issued a directive to the Air Force and Navy to improve the readiness of the F-16, F/A-18, F-22, and F-35 fleets to an 80 percent mission capable rate by the end of fiscal 2019.
With the deadline less than two weeks away, the only Air Force fleet that will meet the mark is Active Duty F-16s.


Air Mobility Command this year is flying 15 percent more sorties than it did about three years ago - albeit with about 570 fewer pilots than it needs and using a fleet nearly 40 percent smaller than at the beginning of the Iraq War.
To address that burden, the Air Force is trying to keep as many pilots as possible, modernizing its fleet, and relying more on Air National Guard and Reserve crews to meet its need, according to AMC boss Gen. Maryanne Miller.
Still, the command is keeping an eye on future threats from potential adversaries like Russia and China that can “stress the ability to freely move forces at the time and place of our choosing,” she said Sept. 17 at AFA’s Air, Space & Cyber Conference.


OPINION: Can US Air Force keep pace with its ambitions?

Speed kills.
To defeat a near-peer adversary such as China or Russia in a future conflict, the US Air Force (USAF) must operate at a pace that such nations will be unable to match.
As outlined by service leaders at the Air Force Association’s annual Air, Space & Cyber conference, the USAF must innovate rapidly and maintain a grueling tempo to keep its qualitative edge.
Some evidence of progress can be seen – Boeing’s newly rebadged T-7A Red Hawk was designed and flown for the T-X contest in double-quick-time thanks to its adoption of model-based engineering processes; and Raytheon’s proposed new Peregrine air-to-air missile draws on the company’s combat-proven weapons pedigree.
Equally clear, however, are the programme and contractual shortcomings afflicting the KC-46A tanker created from Boeing’s commercial 767.
Eight months after making its first delivery and with four category one deficiencies still to be resolved, the airframer faces a challenge to win the confidence of a frustrated Air Mobility Command customer.
Perhaps the air force gathering’s biggest shock was a suggestion that some of its Boeing B-1B bombers might have to be retired early, due to unexpected stresses caused by flying the type under more benign conditions than the low-level, supersonic environment for which it was created.
Cutting the “Bone” could free up funds to grow the USAF’s future Northrop Grumman B-21 Raider fleet beyond 100 examples, but such reductions would be controversial.
Could the service again face the kind of opposition seen when it unsuccessfully tried to retire its ground-attack stalwart the Fairchild Republic A-10?
The USAF’s leadership clearly have accelerating ambitions, but it remains to be seen whether the service’s budget and equipment plans will be able to match such a relentless pace.


The New York Air National Guard’s 109th Airlift Wing recently wrapped up a mission flying cargo to Canada’s northernmost base, a small alert site on the northern tip of Nunavut.
The C-130s and guardsmen flew seven missions from Sept. 26 to Oct. 4 to Canadian Forces Station Alert, transferring more than 100,000 pounds of cargo, according to a Guard release.
The Canadian base is 490 miles south of the North Pole, where 55 personnel live year-round in the northernmost permanently inhabited place in the world.


On October 18 the U.S. Department of Defense announced the award of contracts to a total of seven civilian contractors to provide contracted air support services to the Combat Air Force.
The combined indefinite-delivery/indefinite quantity contracts have a not-to-exceed value of $6.4 billion.
The contracts run until October 29, 2024.
$15.8 million of the figure is being obligated at the time of award from the FY2020 budget, to cover operations and maintenance.
The contracting agency is the U.S. Air Force’s Air Combat Command Acquisition Management and Integration Center, located at Joint Base Langley-Eustis, Virginia.
The Air Force issued a request for proposals (RFP) for ADAIR (adversary air) in August 2018, and received eight responses.
After an open competition, contracts are being awarded to: Air USA Inc. of Edgewood, New Mexico; Airborne Tactical Advantage Company LLC. (ATAC) of Newport News, Virginia; Blue Air Training, headquartered in Las Vegas, Nevada; Coastal Defense from Mill Hall, Pennsylvania; Draken International at Lakeland, Florida; Tactical Air Support, in Reno, Nevada; and Top Aces Corp., from Mesa, Arizona.
These contractors - many of whom already provide services to the Air Force - will undertake mostly air-to-air adversary training missions and provide aircraft for the training of Joint Terminal Attack Controllers (JTACs) and close air support (CAS).
The contracts stipulate that the contractors will provide aircrew, maintenance and support equipment, while ensuring that the programs meet military requirements.


Air Force officials overseeing the F-16 Fighting Falcon program say they’ve seen no data that indicates emerging safety issues with the fighter jet, though more than a dozen have crashed since 2014.
“The F-16 System Program Office maintains a robust and proactive system safety program, executed in accordance with United States Air Force guidance and in conjunction with the Air Force Safety Center,” the program office told Air Force Magazine.
“Mishap findings and recommendations are constantly reviewed and analyzed by the F-16 SPO, as well as the aeronautics division of the original equipment manufacturer, Lockheed Martin.”

President Donald Trump on Dec. 20 established the US Space Force as America’s sixth military service, one of the most significant changes in Air Force history and a milestone in America’s exploration and militarization of the cosmos.
The Space Force is the Pentagon’s first branch of the military solely dedicated to organizing, training, and equipping personnel to operate and protect military space assets like GPS satellites.
It sits within the Air Force and draws on much of the service’s existing bureaucracy, while aiming to create its own culture and structure to prioritize and tackle space in new ways.
Trump signed the fiscal 2020 National Defense Authorization Act into law the evening of Dec. 20 at JB Andrews, Md.
Under that legislation, Air Force Space Command, the USAF organization that provides space experts and systems to military commanders, is transformed into the Space Force.

E qui ... defensenews.com ... "May the Space Force be with you. Here’s what we know about the US military’s newest service" ...


After years of delays and technical issues, the Air Force is restructuring a key B-2 modernization program, transforming it from a suite of technologies meant to help the bomber evade Russia and China into a less ambitious cockpit display upgrade.
In the Air Force’s fiscal year 2021 budget request, the service zeroes out the Defensive Management System Modernization program, or DMS-M, over the next five years.
Instead, it intends to put about $155 million toward a cockpit upgrade that will include a more advanced graphics processor and modernized displays

... defensenews.com ... "The Air Force is massively scaling back a major upgrade for the B-2 stealth bomber" ...