Jeddah, 10 January 2011 - Saudi Arabian Airlines, the flag carrier of Saudi Arabia, today signed an agreement to join SkyTeam in 2012. The airline will be SkyTeam's first member from the Middle East, adding 35 new destinations to the alliance network.

Saudi Arabian Airlines complements the SkyTeam network by offering customers access to destinations across the Middle East not currently served by SkyTeam members. Through Saudi Arabia's major hubs of Riyadh, Jeddah and Dammam, travelers can connect to new destinations on the Arabian Peninsula, the Indian subcontinent and Northern Africa. Examples are Alexandria, Aden, Colombo and Islamabad.

SkyTeam members will have access to new potential customers from the region as Saudi Arabian Airlines offers direct flights to Europe, Asia, Africa and the USA. Customers can transfer to SkyTeam partner flights via hubs such as Paris, Rome, Nairobi and New York. SkyTeam partner China Southern also offers regular connections to Asia from Jeddah.

Saudi Arabian Airlines is fully focused on its four-year turnaround program to be completed by 2013. Key elements of this plan include modernization of its infrastructure, restructuring of its domestic and international network and implementing its fleet modernization plan through the purchase of the most advanced aircraft.

Director General of Saudi Arabian Airlines, Mr. Khalid Al-Molhem, remarks that joining SkyTeam will add value to the carrier’s services: “The SkyTeam network provides our customers with excellent connections to most parts of the world.” He added: “Through the exchange of services and knowledge between all member airlines, Saudi Arabian Airlines can achieve qualitative improvements, made available to our customers. These include airport services, ground services and First Class and Business Class passenger lounges.”

Leo van Wijk, Chairman of SkyTeam, said: “Saudi Arabian Airlines is a significant player in the Middle East and covers a considerable part of the Arabian Peninsula and the Indian subcontinent. Its membership in SkyTeam will enable us to compete more efficiently within the region.”

AMR filed for bankruptcy court protection in late November and is in the midst of restructuring its debt and cutting labor costs after it. Any bid for AMR likely would come several months from now.

TPG Capital prefers to work with a strategic partner for a possible American Airlines investment, some of the people said. TPG, which has expertise in the airline industry, has approached AMR about its interest, they said. 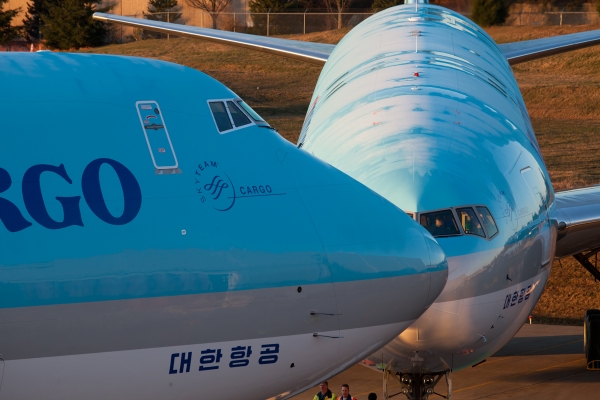 HONG KONG Feb 28 (Reuters) - China Southern Airlines Co Ltd , one of the country's top three carriers, said on Tuesday that it has agreed to buy 10 Boeing Co B777-300ER aircraft with a total list price of $2.98 billion.

Each plane had a list price of $298 million, although the actual cost of the aircraft would be significantly lower as Boeing provided price concessions, the airline said in a statement to the Hong Kong stock exchange. MEXICO CITY (Reuters) - Mexico's largest airline Aeromexico on Wednesday placed an $11 billion order with Boeing (BA.N), in what the company said was the biggest aircraft investment by a Mexican airline in the country's history.

The order is for 90 737-8 planes and 10 Dreamliners, Aeromexico (AEROMEX.MX) said in a statement.

Aeromexico, which went public last year, said the Dreamliners will begin arriving in the summer of 2013 and the 737-8 aircraft will be delivered starting in 2018.

Aeromexico increased its market share after rival Mexicana ceased operations before filing for bankruptcy in 2010.

The Mexican airline's shares were unchanged in early morning trading.